In today’s world it is sometimes hard for parents of a ‘previous generation’ to stay informed and clued up on current trends and influencers in the cyber world that our kids are so easily exposed to and many fall victim to. There is a reported increase in child luring on the internet in South Africa –this is when cyber predators make contact with minors with the intention of luring them away from their parents for various harmful reasons as you can imagine – they are experts at this.

It can be a daunting task to safeguard our kids from all the harm and abuse that exists out there.  It is important to try and be pro-active rather than re-active when it comes to the cyber safety of your children.  Here is a list of apps that could potentially be harmful and that you should be on the look-out for on your child’s device: 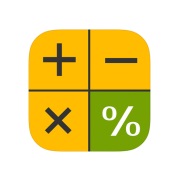 At first glance, the icon looks like a run-of-the-mill calculator, but when you open it and type in the correct passcode, it will open a treasure trove of hidden pictures and files that don’t appear anywhere else on your device.

A rating site that allows users to rate the attractiveness of photos submitted voluntarily by others. The site offers a matchmaking engine called ‘Meet Me’ and an extended profile feature called “Hotlists”. Here strangers rate your profile.  The goal is to be on the hottest list and hook up.

Post anonymous rumours about people through audio messages, texts and photos.  This app leads to anonymous cyberbullying in schools.

Yellow, or Yubo, is another app that could to get kids in trouble. It’s a social video app that allows people to chat with anyone and everyone. This app is designed to allow teens to flirt with each other in a Tinder-like atmosphere.

An anonymous app where the creators promote sharing secrets and meeting new people. This Whisper app and social media website are intended for those over 17 but is popular with tweens & teens. Parents need to be aware of it.

An anonymous question and answer platform used regularly by lots of young people around the world. It allows anyone to post anonymous comments and questions to a person’s profile and is increasingly being used as a means to communicate abusive, bullying and sexualised content.

Wishbone is a survey app asking teens to choose between various things. Though it’s rated 17+, the terms of service specify it’s for ages 13 and older and forbid sexually explicit and illegal content.  However, as it is a comparison tool, children can use it to compare each other and incite cyberbullying.

This is a free messaging app.  Kik has built in apps and web content that would be filtered on a home computer. Kik is not designed to create a community of bad behavior, but there does tend to be bad behavior on anonymous apps of this nature.

Many kids are now creating fake accounts to hid content from parents.  Kids also like to text using Instagram as messages are deleted once a user leaves the conversation.

There is a local company called The Guardian (www.theguardian.co.za) that is worth having a look at.  They are at the forefront of child protection working closely with parents, children and educators to promote awareness and fight crimes against children in South Africa through workshops, investigation services and school support.

Click one of our representatives below to chat on WhatsApp or send us an email to info@clonard.co.za or support@clonard.co.za

× Chat to an agent
We use cookies to ensure that we give you the best experience on our website. If you continue to use this site we will assume that you are happy with it.OkPrivacy policy